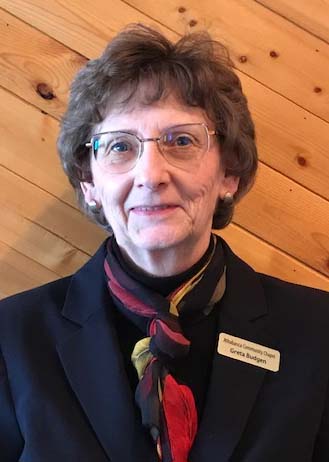 Greta Budgen manager at Prairie Sunset Funeral Home & Cremation Services in Westlock, AB and Athabasca Community Chapel, Athabasca, AB. I am proud to be a funeral professional and take great pride in being able to assist families. Greta calls Westlock, AB her home. When not at work Greta enjoys time with her husband, Doug our three children and their spouses and seven grandchildren. As well enjoys kayaking, the outdoors and traveling.

Garry was born in Arcola, SK in 1949 and raised in Forget, SK. He married Beverly of Lampman, Sk., in 1975.  Garry and Bev have two sons, a daughter and five grandchildren. Garry started in the Funeral Profession in 1970 in Saskatchewan, moving to British Columbia in 1976 (Port Alberni 1976 to 1982) (Kelowna 1982 to 1990) and then to Alberta (St. Albert-Edmonton 1990 to present) He brings 44 years of experience to the Profession. He is very active in the curling world as part of the CCA he is an Assistant Coach, National Training Centre at the Saville Sport Centre; Associate Coach, University of Alberta Golden Bear & Pandas; Head Coach, SSC Elite (Jr. & Juv.) Curling Program; Teaching Curling Professional at the SSC.

A year of daily grief support

Our support in your time of need does not end after the funeral services.  Enter your email below to receive a grief support message from us each day for a year.  You can unsubscribe at any time.